Play it safe with your child’s screen habits

TV can be anything from inspirational to mind-numbing, but not many of us can say that we only ever watch educational shows. There’s a lot of junk on air, and kids, in particular, are not always the most discriminating viewers! More and more parents are becoming concerned at how much TV their kids watch – add in smartphones and the internet and today’s kids are spending more time in front of screens than they really should.
Excessive TV time can have a variety of adverse effects on kids. It’s an entirely passive activity and is actively linked to childhood obesity – the more time that kids spend in front of the TV, the less active they are likely to be.

Too much TV – especially in the evenings – will likely disrupt sleep patterns. This is especially true if kids have TVs in their bedrooms. There’s also the danger that they could end up watching programmes that are age-inappropriate, and that they wish they could ‘unsee’.

Many studies have also linked high rates of TV watching with poorer school grades – most likely because it affects children’s ability to concentrate. In the July 2005 issue of “JAMA Pediatrics,” researchers discovered that excessive television viewing by teens is directly related to poor educational achievement by age 26.

If TV viewing is becoming a problem or source of tension in your house, here are a few simple steps to take to restore some balance:

Especially on school nights, set limits to how much TV your kids can watch, and set a curfew after which they must switch it off. Don’t make exceptions, but let them record shows that you approve of to view another time.

Don’t eat in front of the TV

This encourages bad habits and also denies you all the pleasure of a friendly conversation while you eat. Watching TV while you eat also means that you won’t concentrate on enjoying your food.

Set a day a week when the TV stays off – for everyone. You’ll be pleasantly surprised by how much time you gain as a result, to spend together as a family.

When’s the last time you all played a board game together, or your kids finished a book? Time to switch off the TV…

Last but not least, aim to set a good example with your viewing habits. Avoid ‘background TV’ – if no-one’s actively watching it, turn it off and do 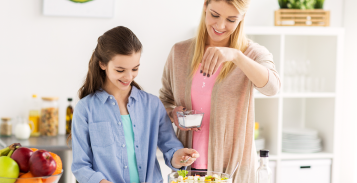 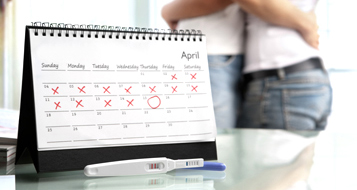 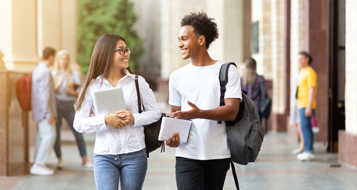