Gravel bikes offer the best of both the mountain and road bike worlds. Road bikers now able to choose safer routes and mountain bikers are still able to ride off-road with less risk of injury than on the more technical routes.

We chatted to Owen Botha of Team Bestmed about gravel bikes, related event, trails and gear.

What is a gravel bike and how does it differ from a mountain or road bike?

Safety is paramount when it comes to outdoor exercise or sport. With the growing number of vehicles on the road, people are looking for alternatives. This is not just a South African problem. It’s a global problem.

You might be thinking, why not ride a mountain bike? Mountain biking was a good alternative, but people then started to overstep their abilities. More and more people started crashing and hurting themselves. The cost of clothing replacement and bicycle spare parts have driven many mountain bikers away from the more technical mountain biking. Our busy lifestyles, safer riding routes and the need for speed led to the birth of the gravel bike.

A gravel bike shares aspects of a mountain bike and aspects of a road bike. Gravel bikes are ridden on gravel footpaths, tar roads, forest roads and district roads. It’s your one bike for all terrains.

Why have gravel bikes become popular in the cycling community?

People are now using gravel bikes for touring. People are now buying clip-on bags for their bikes and exploring many of South Africa’s district roads. They are taking the roads less travelled. Southern Africa has many hidden gems. It’s globally referred to as bikepacking. Pack your bike and explore. Just remember that there is safety in numbers.

Are there any Team Bestmed members who ride gravel bikes?

Probably 90% of the men’s team and 40% of the women have gravel bikes.

Are there any gravel cycling races yet that cyclists could enter?

Yes, there are events. There is a new 100 Miler Series. This series has venues countrywide, challenging the outstanding roads of the Karoo, the Eastern Cape, KwaZulu-Natal Midlands, Free State and the North West.

Could you suggest a few good trails for gravel cycling?

Unlike with mountain biking, you don’t necessarily have to go and ride in a bike park, or on bike trails. Your local district gravel roads are recommended.

What are the factors and accessories to consider when one wants to buy a gravel bike?

If you have the budget, get a carbon frame bike. Make sure the frame can accommodate a 40mm tyre clearance and invest in a good tubeless tyre set-up.

Do you think gravel bikes are a passing trend or are they here to stay?

The bicycle industry believes that gravel bikes will give more people the opportunity to exercise in safe environments. Many commuters are also purchasing gravel bikes because of versatility.

Gravel bikes are very different to fat bikes, which was a passing trend and specifically aimed at the higher income LCMs. Fat bikes are designed to ride on soft sand or soft snow. So people bought fat bikes for their holiday homes along the coast. The problem with riding along the coast is rust. The bikes became rusty and were very soon discarded.

Gravel bikes are affordable, with complete bikes starting as low as R8 000.

How Bestmed stays ahead of the curve! 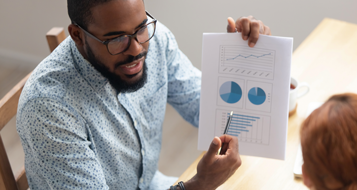 How Bestmed stays ahead of the curve! 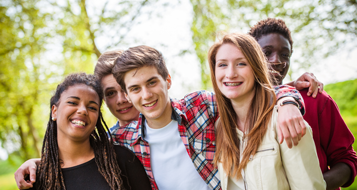