It has been a year of ups and downs.

On 22 August, I cycled to Sun City from Pretoria with the Bestmed and TEG Riders. We were all riding in the Cycle for Cansa race on 24 August. I trained hard for that race and knew the course suited me well. I positioned myself perfectly, leading into the final sprint when a rider and me collided. I fell and hit my head. A few of my friends were on the side and saw it was me. They ran over, picked me up and told me to finish the race, which I did, but I have no memory of doing so. I stayed for prize-giving and still drove home.

I remember being upset about this. I woke up on Monday, determined to get even stronger. I pushed myself hard. My riding partner, Johan Van Rooyen, asked if I was okay a couple of days later. He said I was repeating myself a lot. I was battling with my words, stuttering and my sentences weren’t making sense.

I went for a concussion test and my results were not good, but I didn’t take it further. A couple of weeks later, I woke up in the middle of the night from severe eye pain. I went riding that morning and I could not see out of one eye. My mom and I thought it might have been from my contact lens. I went for an eye test and the optometrist said I needed to go and see a neurologist.

I went to Dr Pieter Slabbert a few days later. I will never forget opening my file and seeing that my brain cyst operation was on 26 November 2009 and here I was sitting in his room again on 26 November 2019. Ten years apart!

We did a few brain scans and found that I had severe bleeding on the brain, a blood clot on my optic nerve (that is why I lost vision) and two bulging discs in my neck. I was put on heavy medication for a couple of weeks and was not allowed to raise my heart rate at all. I could ride indoors for max 30 to 45mins a day, lightly and with no effort. I did that. My main goal was to have a big December of riding and get ready for SA Champs in February.

My whole world had changed. Every morning, I woke up with an excruciating headache and feeling nauseous, dizzy, blurry, weak, confused and with no appetite…but I woke up. I took some time off and in January, I started riding again with my friends, who really looked after me. I could tell that I just did not have that sharpness, that power that I had before.

A week before SA Champs, I felt good enough to race. Knowing that I would not place, I just wanted to be there for the experience and to see what I was able to do. I lined up at the start and felt excited – no pressure. It was great. I was so happy. The girls are amazing.

30km into the race, I got caught behind two girls crashing. I was making my way back to the peloton when I felt a huge smash from behind and seconds later, I was on the ground. My first thought was, “Please don’t hit my head.” I sat up and saw I had been hit by a car. My bike was in pieces, so I could not carry on. I went home and treated my ribs and spine. They had taken a big knock. I just have to say, I got big roasties all over me, but my Bestmed FTech kit did not get damaged at all.

I rested for a day or two and got back on the bike. I love what I am doing. I still had some complications with my head, but lockdown came just at the right time. I really enjoyed all the family time, the Zwift races and all the hours I sat on my bike. I did a 12-hour ride (427km) and felt super positive.

Things started to open and we could ride on the road again. I knew the races would be cancelled for the year, so it was nice to train and really enjoy being on the bike with no set training programme; just being out there with friends and stopping for coffee.

We planned a Friday afternoon easy ride. We went out and it was so good. Going down a big hill, my friends in front slammed on brakes. Because I was at the back, I moved out to the right to see what was going on and as I looked up, there was a car coming straight for me. I had a second to react. It was either me straight into the car, or crash into my friend on my left. We landed on the road, the car drove on, but another man stopped to see if I was alive. We could not believe that the car did not hit me. I still do not know how it did not. Did I go under the car? I sat up and immediately felt my knee and leg weren’t right. I lifted my leg up and it had no feeling, no movement.

My friend broke his collar bone and we needed to get to hospital. X-rays showed that I had broken the bone off the anterior cruciate ligament (ACL) and fractured some parts of the knee. The majority of the knee ligaments were damaged. The surgeon came in and said it would be a three-month recovery. He put me in a leg cast for two weeks and a brace for six weeks. He knows how crazy I am. This is my third knee operation and his second time working on me (the first time, I got hit by a car and broke my patella).

This has been by far the hardest recovery I have had to go through. Mentally, I struggled. I had a negative mindset. It was such a big injury that I could see it would take long to recover. “There is more to life than riding a bike,” people would tell me. Yes, but it’s what I love, it’s my passion, it’s my freedom, it’s what I truly enjoy.

I have such great people in my life that I could not let this get me down. My cycling group made their coffee stops at my house. I was always included in their stories and it really made me feel like I was there. It motivated me every day to get better. I want to be as good as them.

My family support me and take care of my every single need. My non-cycling friends really help me and keep me going. How can I ever give up with the great group of people I have around me? People message me every day, asking how I am doing.

I wake up every morning with a full day ahead of me, and with a great family and great friends. That is what keeps me going. 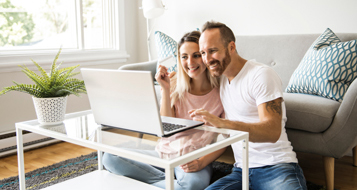 Need to see the doc? Don’t get up 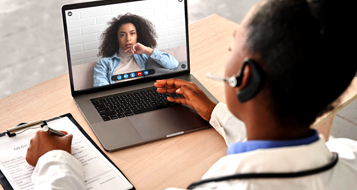 Save on medical costs without compromising your future health and wellbeing