Though rheumatic fever (RF) is rare and caused by an uncommon bacterial infection which can be treated, it is good to beware that it can occur if your infection is left to its own devices. So, it’s equally important to understand the causes of RF to prevent it, as well as the symptoms so that you may receive the right treatment if you do develop it as it’s a potentially dangerous inflammatory disease.

RF can develop two to four weeks after you’ve been ill with strep throat or scarlet fever, especially if they aren’t properly treated. A streptococcus bacterial infection causes the above-mentioned infections, which are both as uncommon as RF, especially in developed countries. In undeveloped and developing countries, both strep throat and scarlet fever are most common in children and early teens from 5 to 15 years old, though younger children and adults are not immune. The bacteria spreads from person to person via droplets expelled from an infected person when they sneeze or cough. The time between exposure and illness is two to four days.

Strep throat itself is not dangerous, but it’s always a good idea not to leave a sore and scratchy throat unchecked. One of the symptoms of strep throat includes spots on the roof of your mouth. You want to treat it because you don’t want it to cause complications like RF later on.

Scarlet fever may develop in some who have strep throat. Symptoms are a red rash all over your body, a sore throat and high fever. Very rarely does scarlet fever lead to RF, but again, it is best to consult your doctor to prevent the infection from progressing that far.

Symptoms of RF vary from person to person. The condition is a reaction to your bacterial infection and may result in inflamed blood vessels, joints, heart and central nervous systems. The inflammation may last a few weeks to several months, and may cause long-term complications in some cases. Severe cases of RF may damage the heart’s valves or tissues, resulting in an irregular heartbeat, heart failure (a chronic disease), or even rheumatic heart disease which may develop 10 to 20 years later.

Inflammation caused by RF may also lead to:

The diagnosis of RF is based on your medical history, a physical exam and test results. Testing may include a throat swab test if you weren’t already tested for strep throat, or a blood test to detect bacteria, antibodies, and/or inflammation. An electrocardiogram (ECG) and/or echocardiogram may also be done to detect heart inflammation or other heart problems.

Even if you don’t suspect strep throat or scarlet fever, make an appointment with your doctor if you have a sore and scratchy throat so that you may have peace of mind and get the applicable treatment for your condition to prevent RF.

Prevention and treatment of RF

As with the prevention of most diseases, practice good hygiene to prevent strep throat or scarlet fever. Wash your hands with warm soapy water, cough or sneeze into a flexed elbow and don’t share food or eating utensils. Fortunately, unlike strep throat and scarlet fever, RF is not contagious because it’s an immune system response to an infection and not an infection itself.

If, however, you do contract a bacterial infection, an early diagnosis and the right treatment of strep throat or scarlet fever will help to prevent RF. Antibiotics are prescribed and if all medication is taken as prescribed, there is little chance of developing RF.

However, if you don’t treat strep throat or scarlet fever properly and you do develop RF, anti-inflammatories will be prescribed to help reduce the damage caused by inflammation. Bed rest is essential, especially if the inflammation has caused heart problems. Medication, such as aspirin, should also help to decrease pain and fever, and prevent a recurrence of RF. Anticonvulsant medication may also be prescribed if involuntary movement becomes severe.

Rheumatic fever may sound scary, but it is completely avoidable if you diagnose strep throat or scarlet fever early and receive the right treatment. So, don’t leave a sore and scratchy throat unchecked. Though the involved infections are rare, you want to rule out any chances or developing RF. Make an appointment with one of Bestmed’s doctors for peace of mind. 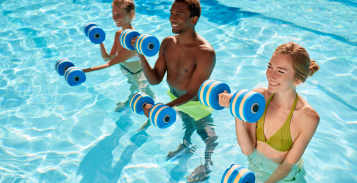 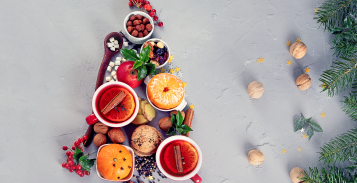